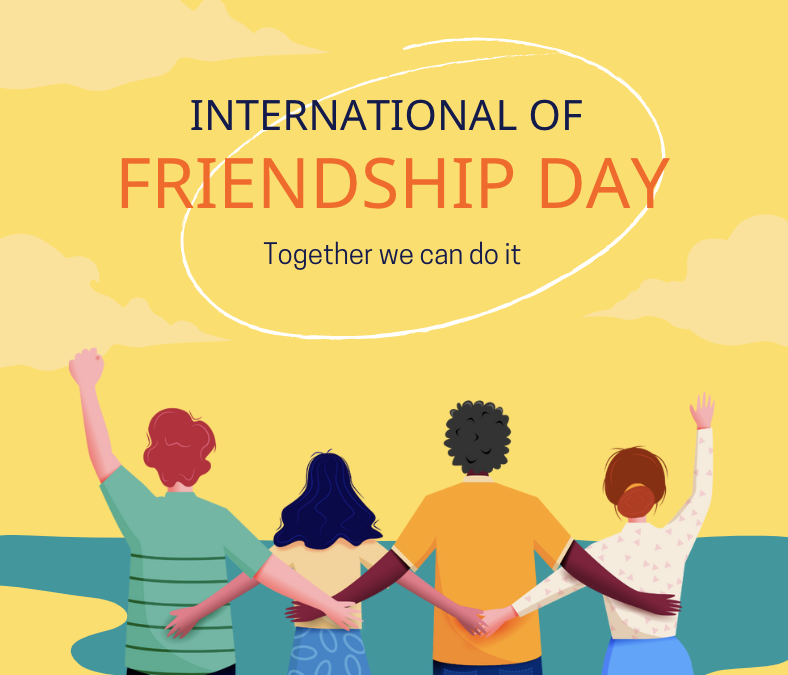 Saturday, July 30, is the day the world celebrates International Friendship Day. Established in 2011 by the UN General Assembly in hopes that it would foster a sense of chameraderie and inspire peace across individuals, communities, countries, and cultures. The International Day of Friendship is one component of a proposal by UNESCO defining the Culture of Peace as a set of values, attitudes, and behaviors that reject violence and hope to prevent conflicts by addressing their root causes.

Friendships are some of the most important bonds that we, as humans, can share. Building connections and friendships go beyond simply having something in common with someone else or a group of people in terms of trait, characteristic, or interest. It also involves encouraging a worldwide commitment to and knowledge of diversity and inclusion. Despite our differences, we can still discover something in common. People should not be divided because of differences in appearance, attitudes, politics, interests, music, or other factors. We are more alike than we all think.

And any idea that minimizes the amount of hatred or prejudice spread throughout the world is the kind we want to be shared, so be the change you want to see in the world. Tomorrow, we challenge you to make a new friend and spread kindness in your community.