Our Board is comprised of individuals with a passion for our mission. Southside Support is an equal opportunity organization. If you are interested in joining our board, please email our Executive Director at director@southsidesupport.org 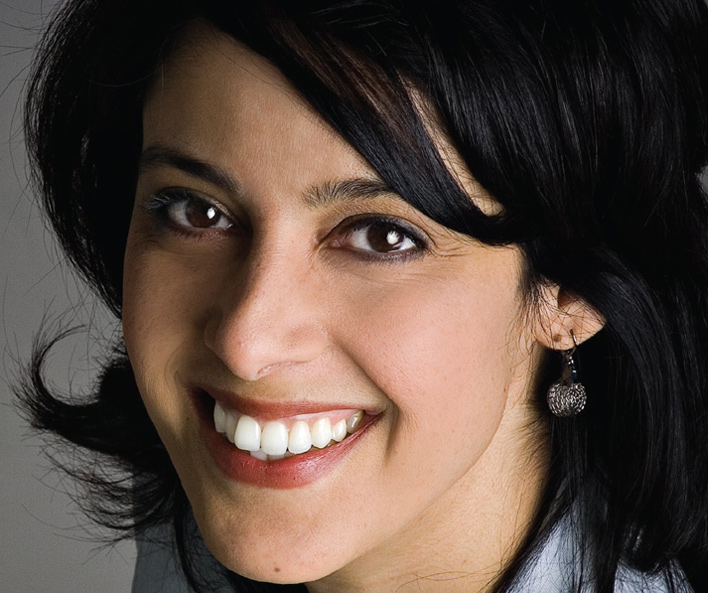 ​​Kay McInroe is Fayette County’s premier REALTOR. As the 2019 President of the Fayette County Board of REALTORS, Kay leverages her network to be successful, consistently in the top 2% of Berkshire Hathaway HomeServices agents worldwide. Kay is a past REALTOR of the Year and past-President of the Women’s Council of REALTORS. Besides serving on the board of Southside Support, Kay also served as the President of the Kiwanis of McIntosh Trail for two years. Kay donates portions of all her commissions to children’s charities

A rare Peachtree City native, Nick became involved in Southside Support during his run for mayor. Inclusion and diversity were at the forefront of his campaign. His involvement with Southside Support has since grown to become more involved as board member at the end of 2021. 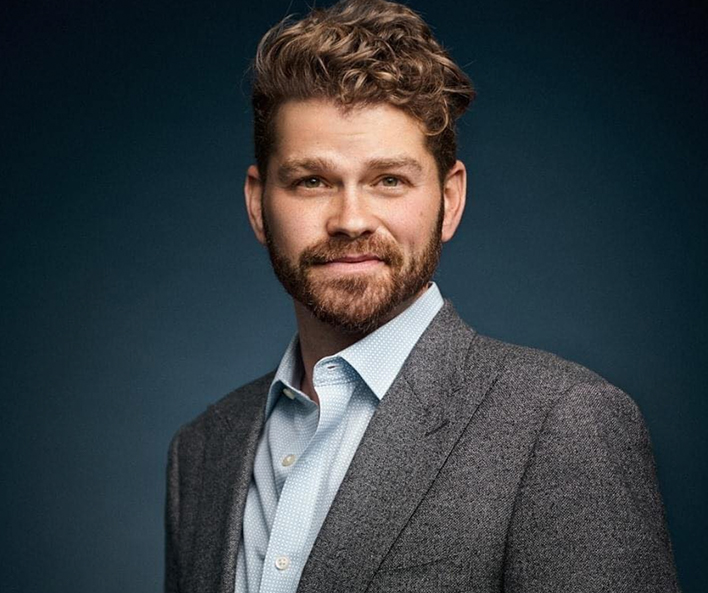 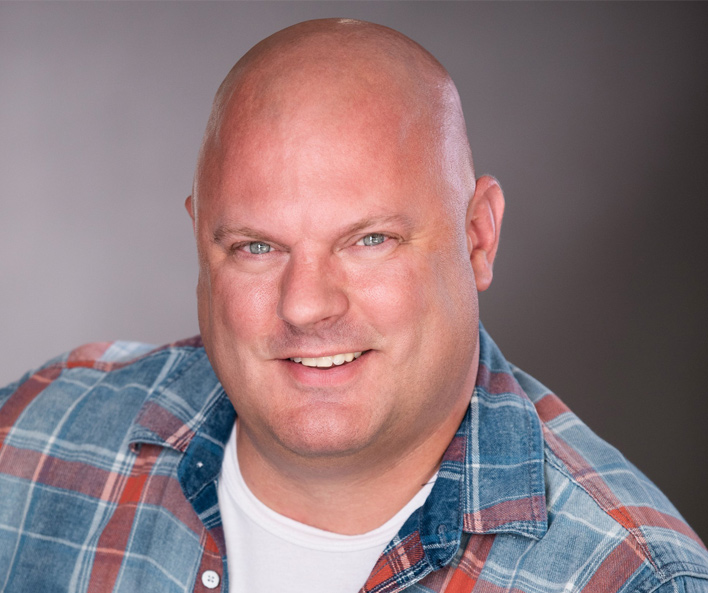 Matt Griffin joined the United States Marine Corps at the age of 18 out of high school. After 8 years as a combat correspondent, he was honorably discharged and settled in Fayette County. Upon moving here, he joined a family insurance agency and began to get involved with volunteering and fundraising for local non-profit organizations.

In 2013, he began volunteering with Make-A-Wish GA and has helped grant over 30 wishes to wish children. From 2014-2018, he ran a series of comedy shows at The Legacy Theatre to benefit Promise Place that raised over $40,000.

A former professional wrestler, he formed ACTION Wrestling LLC in 2018 where he serves as CEO, promoter & match booker. ACTION runs live professional wrestling events that benefit local non-profit organizations and school groups and has raised over $30,000 to date.

Matt is very good at money, having won the Peachtree City Monopoly Tournament twice. He is also good at food and is the reigning Tyrone Pie Eating Champion. He finished second in a belly flop competition in 2010, an event that still haunts him. 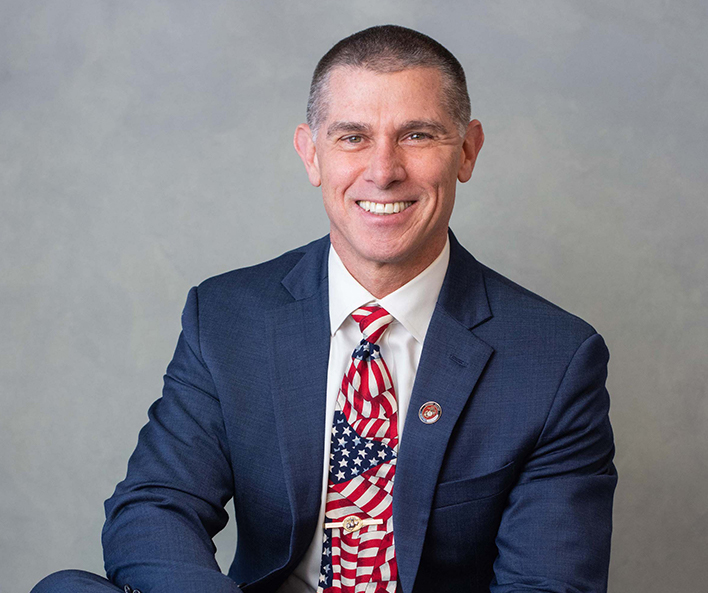 Steve Ivory was born the oldest of 3 boys and raised in Long Island, NY and attended high school in St. Petersburg, FL. Steve graduated from the US Naval Academy in Annapolis, MD and was commissioned in the US Marine Corps where he served as an Aircraft Maintenance Officer in the Gulf War and then as an operations officer for the Richmond MEPS. Steve finished his service in the Marine Corps after 10 years as a major. Steve completed his MBA at Georgia State University and began work as a manufacturing manager for Photocircuits in Peachtree City. In 2004, Steve began working as sourcing manager and engineering director for Cooper Lighting and is currently the Quality Director at Eaton Wiring Devices.


Steve began serving in the Rotary Club of Peachtree City in 2001 and has been highly engaged in the community since then, helping with many causes. He was president of the Rotary Club in 2020 and 2021 and his club was awarded club of the year. Steve was also awarded the Sheffield Presidential Leadership Award in August 2021 and is an Assistant Governor selectee. Steve was awarded the Eaton Stover Award for Community Service and was recently a RealMeninPink representative for Piedmont Fayette Hospital. Steve is an award winning talent scout for Eaton and is frequently on the Georgia Tech campus and engaged with military veterans to coach them through their careers. Steve frequently hosts international college students for Rotary, is a certified Rotary Youth Exchange counselor and a mentor for the Fayette County School Board. He is currently in training to become a US Naval Academy Blue and Gold officer. Steve has been married to Anna for 27 years and they have 2 daughters in college.

In 2007, I began my Edward Jones career as a financial advisor in Peachtree City. As an Edward Jones financial advisor, I believe it's important to invest my time in understanding what's important to you. Working closely with you, your CPA, attorney and other professionals, I use an established process to help you build personalized strategies to achieve your goals. We will partner together over the long term to keep you on track. A 1994 graduate of Georgia Tech, I hold a bachelor's degree in mechanical engineering and I am a 2004 graduate of Rensselaer Polytechnic Institute, holding an M.S. in management. In addition, I received the CFP® professional designation in 2011. My family and I have lived in Peachtree City since 2002. I am an adult leader with the Boy Scouts of America. 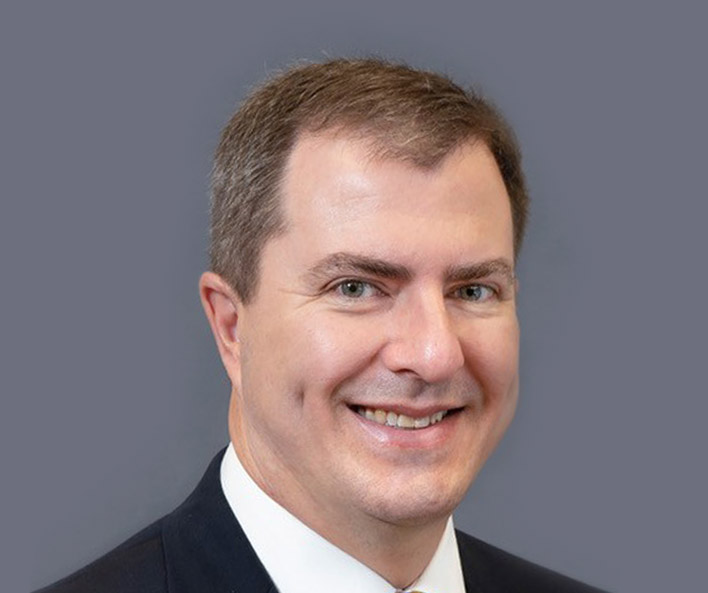 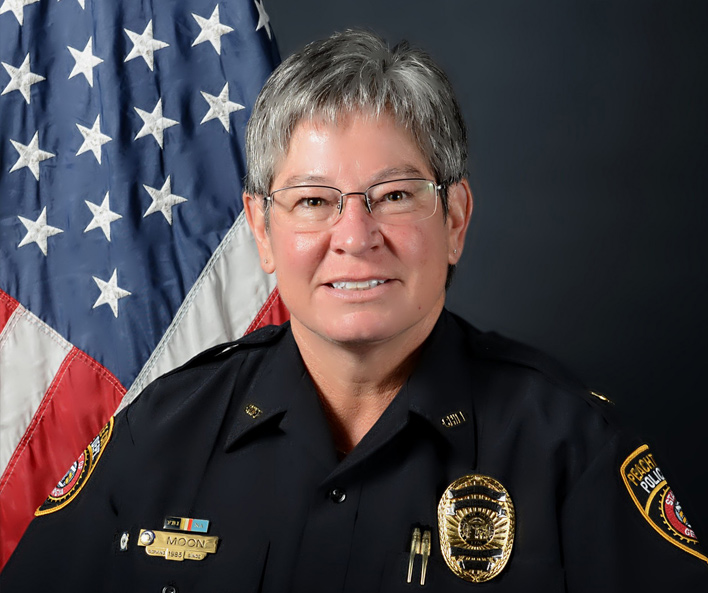 Chief Janet Moon is a 35 year police veteran. Originally from Cedartown Ga, she began her career in the Army, serving as a Military Police Officer in 1985. In 1989 she went to work at the Rome Police Department where she rose to the rank of Lieutenant serving in many divisions of the department. She joined the Suwanee Police Department in 2001 as a Captain over the Field Operations and Communication divisions. In 2006, she was promoted to the rank of Deputy Chief and served as second in command of the department. In August of 2015, she was ready to advance her career and was named as Chief of Police in Peachtree City. She currently resides in Brooks, Ga on her farm with numerous farm animals.

Chief Moon has a Master’s Degree from Columbus State University in Public Administration, a Bachelor’s Degree from Covenant College in Organizational Management, and an Associate’s Degree from Floyd College (now Georgia Highlands) in Criminal Justice. 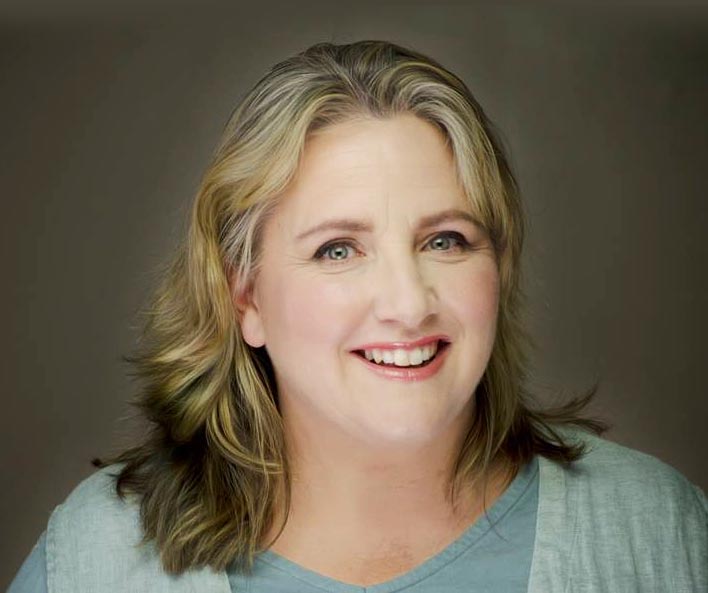 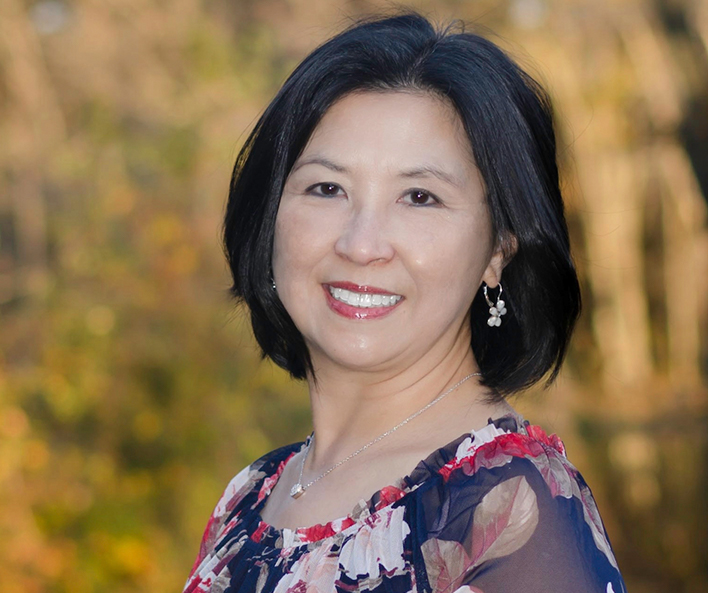 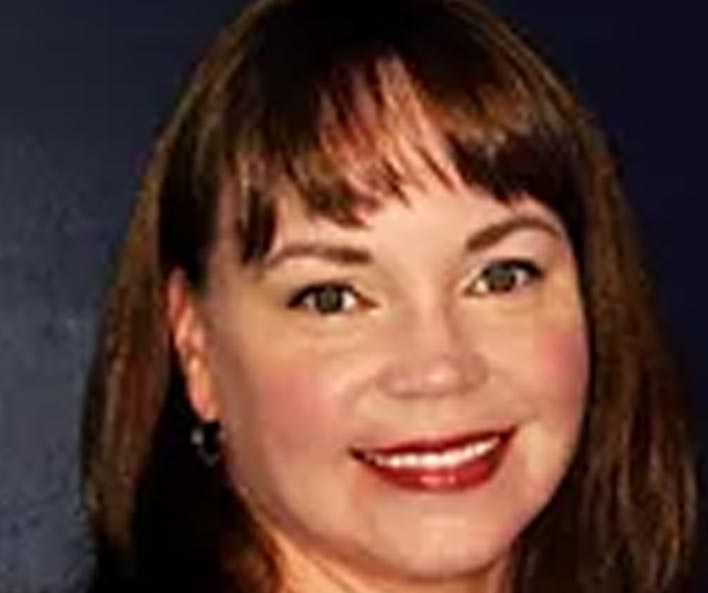 Board Members At Large 2021 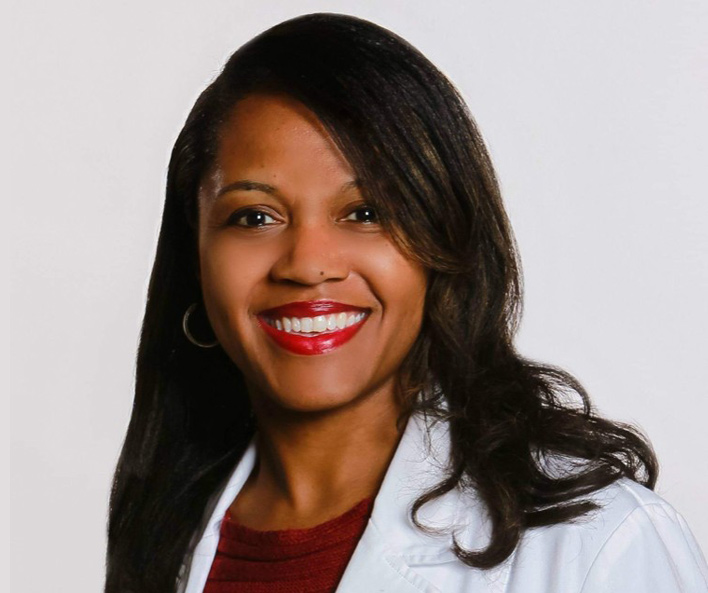 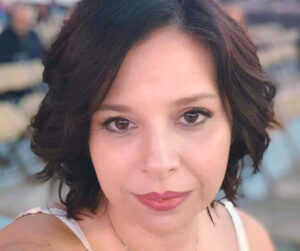 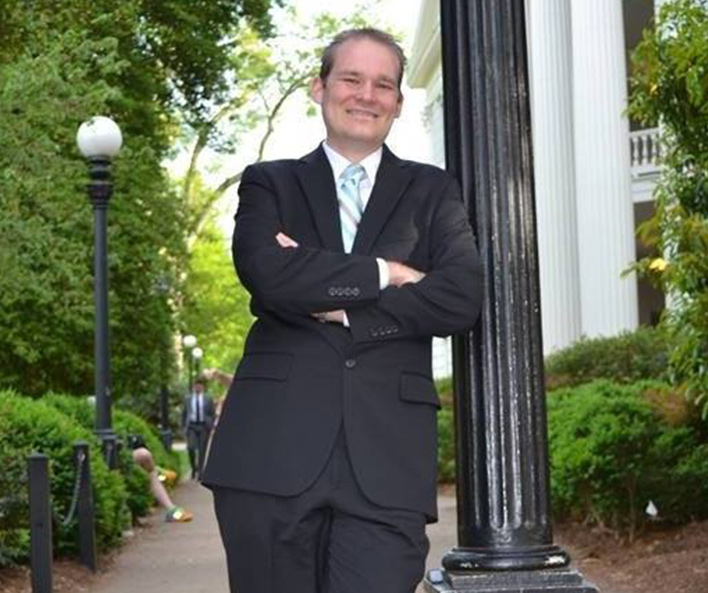 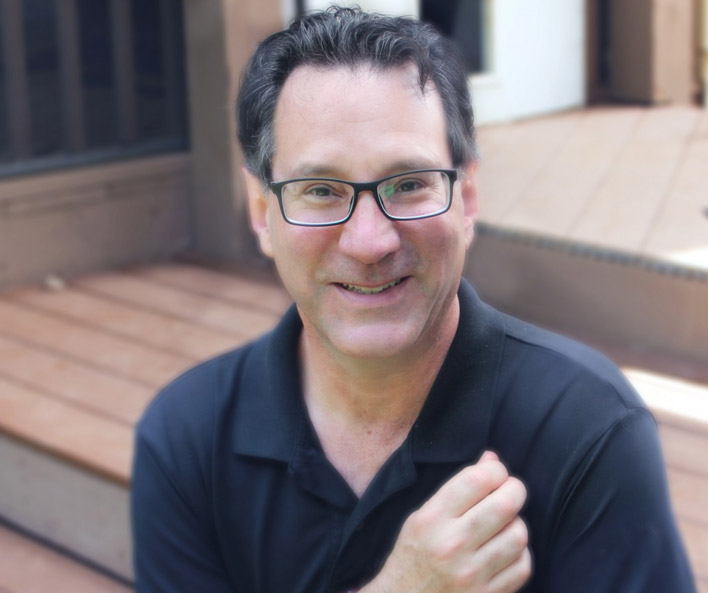 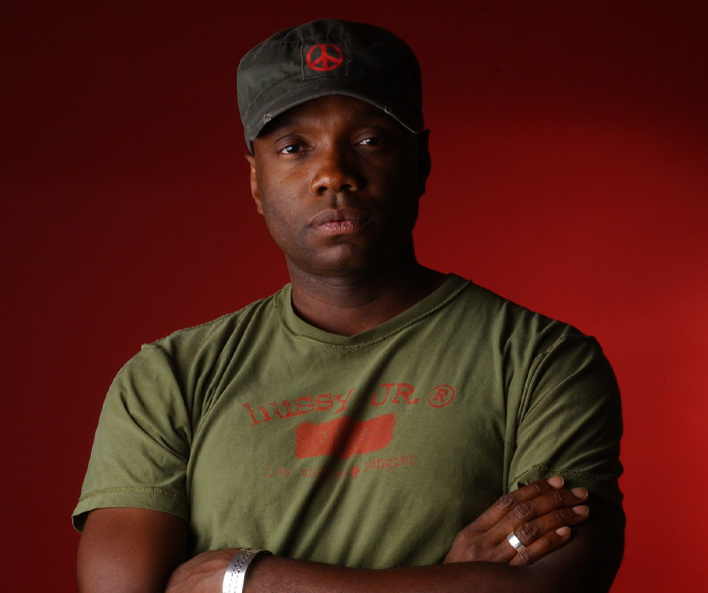 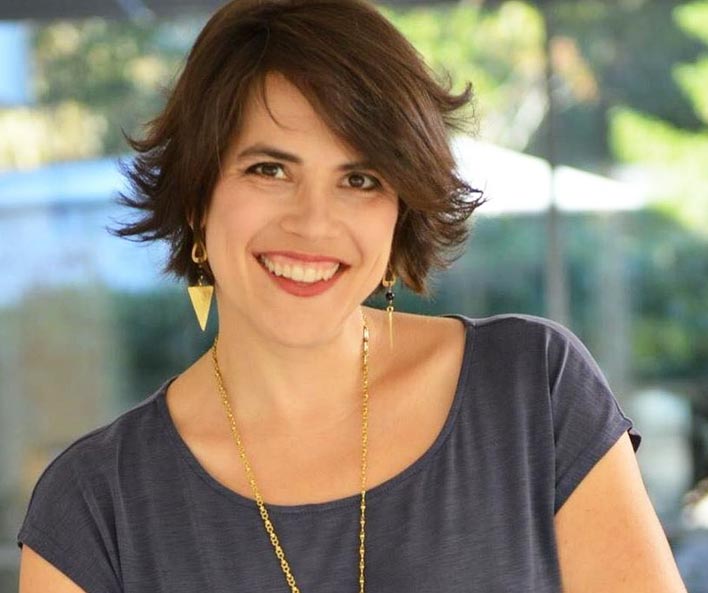 Board Members At Large 2020